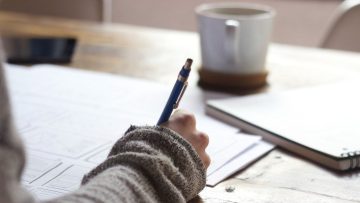 After spending more than two decades in public housing, Lisa recently brought her first home in her early sixties. But her position is still far from secure, and her story demonstrates the difficulties faced by older women navigating the property market for the first time.

“I didn’t think this could ever be a reality, that I would be able to own my own place,” Lisa says. “When I moved from New Zealand to Australia in the ‘80s with my son… [we were] living week-to-week, not always sure if I was going to have a job or not, because I was doing temp work. [One week’s] pay might have had to last two weeks sometimes, because I wasn’t getting work and I wasn’t on Centrelink. I was told I wasn’t allowed to go on Centrelink, so I never did.”

After spending time in private rental accommodation, Lisa applied for public housing for herself and her son through the Department of Housing. She spent just 18 months in the property (“I didn’t feel comfortable there”) and went on to spend another six years in a private rental property, before finally applying for another property through the Department of Housing. She remained there for 21 years, finding it preferable to the uncertainty of renting privately.

“There was always a fear [with private rental], because of the insecurity,” she says. “Would the landlord sell? Could I afford to rent another place if they did? I had a child to look after – if the landlord sold our rental and I wasn’t able to find anything else, then where would we be living? I always had that fear when I was living in a private rental. Always.”

Eventually, Lisa realised – somewhat to her surprise – that she had saved enough money to consider purchasing a property of her own.

“I’ve always been a reasonably good saver,” she says. “For a long time, I would salary sacrifice into super; I would always put a certain amount each week into a savings account. I always used to set myself goals, and I still do. And with the super, it was quite fun seeing it grow and grow. And I thought, ‘Well, what can I do with this?’”

Despite her ability to save money, Lisa's journey to owning her own home wasn’t easy, and even now, she still faces uncertainty.

“I engaged a broker through a person I knew, and at first she was very encouraging – she said, ‘Yes, you’ll easily be able to get a small loan of $50,000 or $60,000’. And I thought, ‘Well, that won’t be too hard to pay back’. But when I found a place, the broker – who I thought had already gotten me pre-approved – said, ‘Oh, I’m actually having a bit of trouble because of your age’.

“I just thought, ‘Oh my God’. Here I was, signed on the dotted line to purchase the property, and my broker throws it at me that she’s having trouble getting a loan approved because of my age… I ended up paying for it through my superannuation and my savings, without a bank loan.

“It feels great to own a place. It does feel great. But I’m also very nervous... I’m hoping I’ll be able to work for another couple of years, even though I’m old enough to retire now. Because when I’m relying on my Centrelink pension, I won’t have my super to back it up.”

While Lisa is happy in her new property, she says that if she could have her time over again, she would have started looking for a home of her own sooner.

“I was probably a bit complacent in regards to buying my own home, because I was in secure public accommodation,” she says. “Public housing was affordable; it was stable; I knew that the landlord wasn’t going to come around and say I have to leave now.

“Anxiety held me back, too. The anxiety of not knowing what would happen if I couldn’t pay [a mortgage]; the anxiety of bringing up a child. If I couldn’t pay, what would happen? Would we lose everything? Would we be homeless? It was just too overwhelming to have a huge debt like that. I’m not good with large debts… it creates quite a cycle for me; a downward spiral.

“So I could have asked for a loan sooner, but I never did, because I’d think, ‘What if I can’t pay it? I’ve got to put my son through school; I’ve got to feed him.’ All of those things that you think as a parent.”

Ultimately, even though she wasn’t able to secure a loan and had to withdraw from her super to purchase her home, Lisa is happy to have reached a milestone that she had once given up on ever happening for her.

“I don’t regret that it happened,” she says. “I love that I’ve got my own place. I feel, after all these years, like I’ve achieved something." 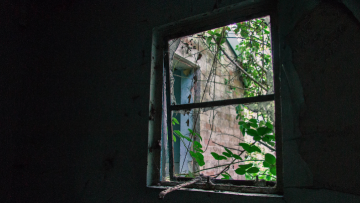 Leanne’s Story: Escaping domestic violence, being a single mum of 2, and choosing a path out 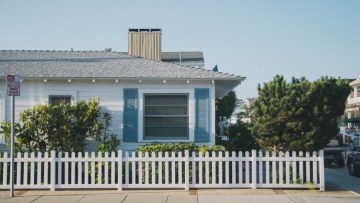 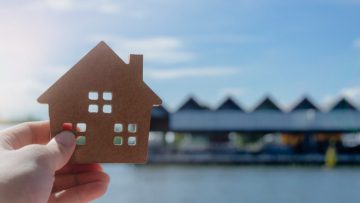